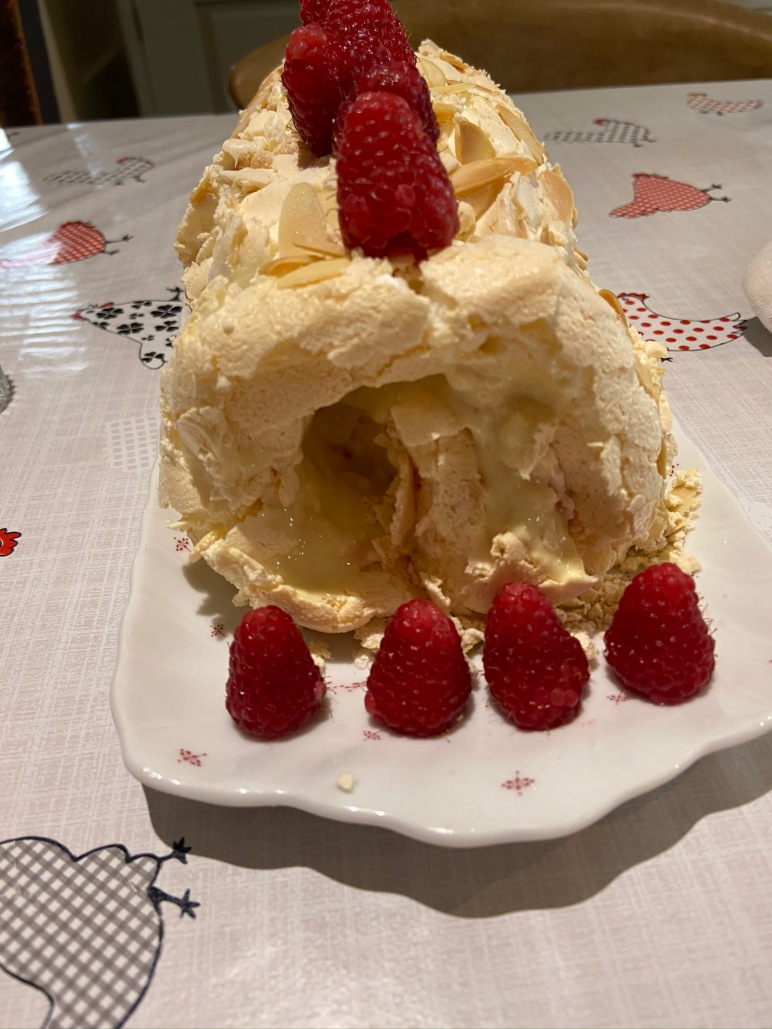 I don’t know if any of you are coeliac, but I know a lot of you watch what you eat and enjoy the photos and recipes I upload to my social media accounts.

I wanted to use this blog to explain in very simple terms what coeliac disease actually is. I’ll leave you with a yummy recipe, a Raspberry and White Chocolate Meringue Roulade.

How do I explain what coeliac disease is? It means I can’t eat gluten, can’t have anything that could be contaminated with gluten what so ever. Coeliac disease is essentially an allergy which has many more affects than you’d think. Yes I can still eat dairy, I can eat anything (apart from meat and fish because I’m vegetarian which makes it so much more complicated) that doesn’t contain gluten, which is easier said than done. Gluten is hidden in all sorts of weird and wonderful places, it’s not just bread and pasta. It is in soya sauce, Marmite, chutneys, you name it! The most annoying thing I find is when the product is gluten free but made in a gluten rich environment, meaning I cannot eat it!

I was first diagnosed with coeliac disease 3 years ago, by a blood test, which was not sufficient enough evidence. So, I continued eating gluten for 6 months until I could have an endoscopy which confirmed coeliac disease. Why did I have a blood test? Because I was feeling dizzy and unwell a lot of the time. They found I had low B12 via a normal blood test, they then decided to do extra tests. Coeliac disease blood test is a specialist blood test, not routine. So as you may have guessed coeliac disease isn’t just your usual bad stomach symptoms, it can also cause other symptoms such as, depression, low B12, lack of vitamin and nutrient absorption, osteopenia (thin bones found by a bone density test) there are so many symptoms to list it would take up the whole blog! It sounds very scary, but, 2 and a half years since my confirmation of coeliac disease I now feel very confident in my gluten free lifestyle. That is until I have to eat out… that in itself deserves its own blog!

I know a lot of people turn their noses up at gluten free foods, I will cover this in a separate blog another time, but, it’s not too bad! The bread isn’t as delicious, you’re limited on cereals etc but what have I found that’s really helped!? Baking and cooking for myself. I wish I could do a whole blog with recipes in, I may do that one day! But for now, I’ll end the blog with a delicious recipe. Enjoy!

This recipe is from Mary Berry’s cookbook, I’ve adapted it slightly… so here it is, my raspberry and white chocolate meringue roulade.

I use a metal bowl to whisk my egg whites in. To not waste any eggs I have 3 bowls, one to put the egg yolks in (keep them in fridge and make lemon curd) the egg whites in one, then tip the egg whites into the metal bowl, that way if you get any egg yolk in the egg white you’ll only be wasting one egg instead of 5. Beat the egg whites until very stiff, until you can turn the bowl upside down and no egg white spills out gradually tablespoon by tablespoon add the sugar whilst you beat (good to have 2 people!) whisk until combined and stiff.

Spread the meringue onto the prepared baking tray, sprinkle the flaked almonds over, I then carefully bang the baking tray against the surface to make sure no excess air is there. Place the baking tray in the oven, fairly near the top for 8 minutes. After 8 minutes turn your oven down to 160/140 fan/Gas 3 and bake for a further 15 minutes until firm to touch.(I set an alarm on my Alexa to remind me!)

Remove from oven, carefully turn over so the almond side is facing down, let it cool for 10 minutes.

Whilst the meringue cools, whisk the cream until in creates firm peaks, don’t over whisk or it will curdle. With a wooden or metal spoon combine the raspberries into the cream (make sure you keep a few for decoration ) spread the cream onto the cooled meringue with a flat surfaced knife.

I then drizzle over the melted white chocolate.

And finally… enjoy!! A naturally gluten free, non complex pudding!
If anyone has any questions or wants to send me a photo of their bake please do so!

Until next time, stay safe.

One thought on “My Gluten Free Blog “Coeliac and Confident””